The main idea is to add Electronic Exhaust system that missing “highlight” of the exhaust sound of the 4-5 liter naturally aspirated petrol V8 engines going down in history in order to please more and more stringent environmental requirements.

Now car manufacturers are forced to follow the course of reducing engine displacement and reducing the number of cylinders, more and more “inflating” engines with turbines and “shower” them with filters. And, even if you contact a tuning studio with a request to remove particulate filters and install a direct-flow exhaust system, the exhaust sound will be extremely far from what you want. The sound of a turbine, whether on a diesel engine or on a gasoline engine, will be perfectly heard in the exhaust. In addition to the roar from the exhaust pipe, the sound of whistling air, like that of a vacuum cleaner, will be clearly discernible due to the inertia of the turbines.

We propose to significantly change the situation by installing an electronic exhaust system, after which the car will acquire the thoroughbred exhaust sound of an atmospheric V6 or V8 gasoline engine of impressive displacement.

The electronic active exhaust system has been regularly installed on the top diesel Audi Q7 models since 2013. 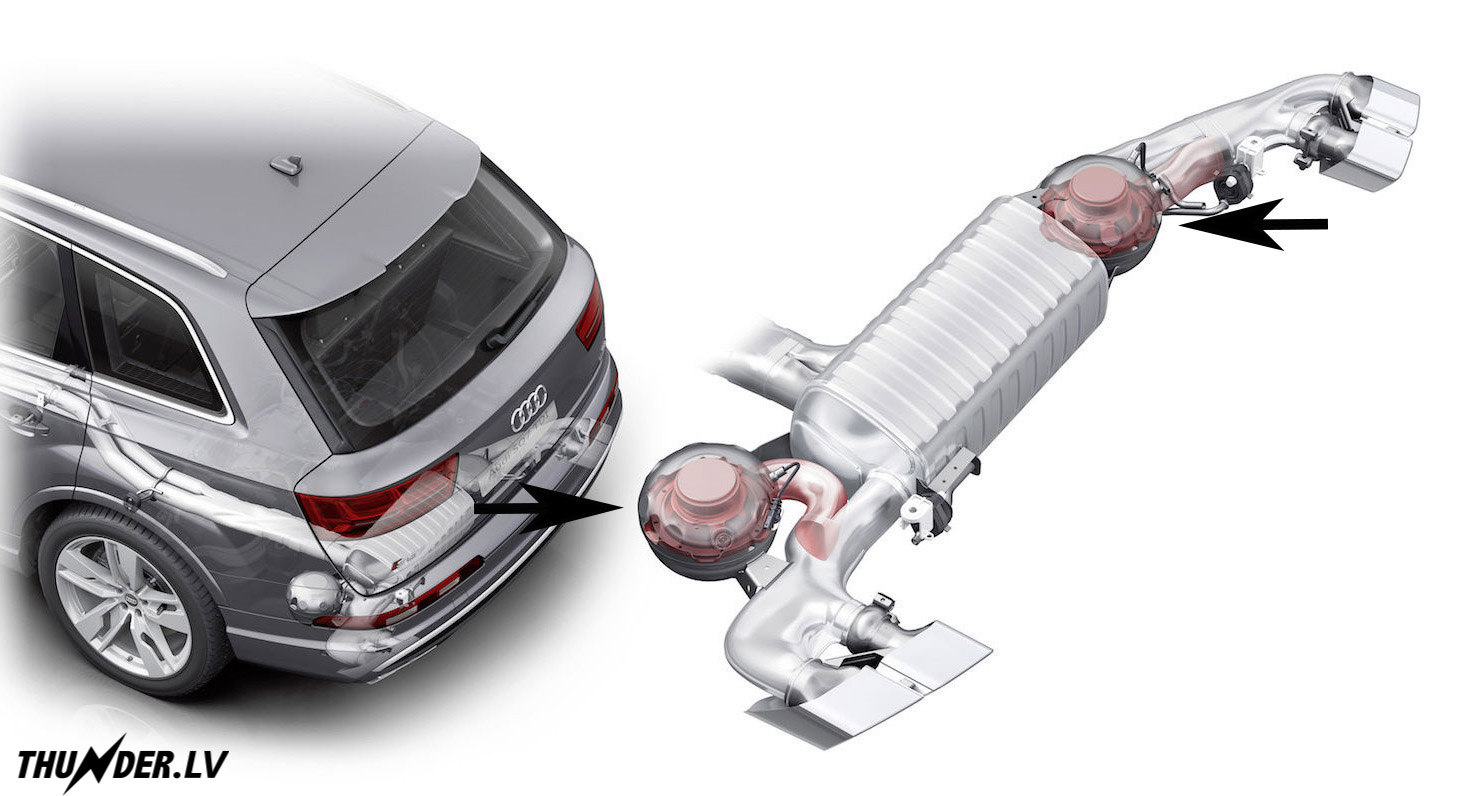 Now this system is also installed from the factory as additional equipment on premium models of crossovers Porsche, Maserati, Mercedes, BMW (X5 / X7). The sole supplier of systems for all brands is Eberspaecher, the leader in engine preheaters. 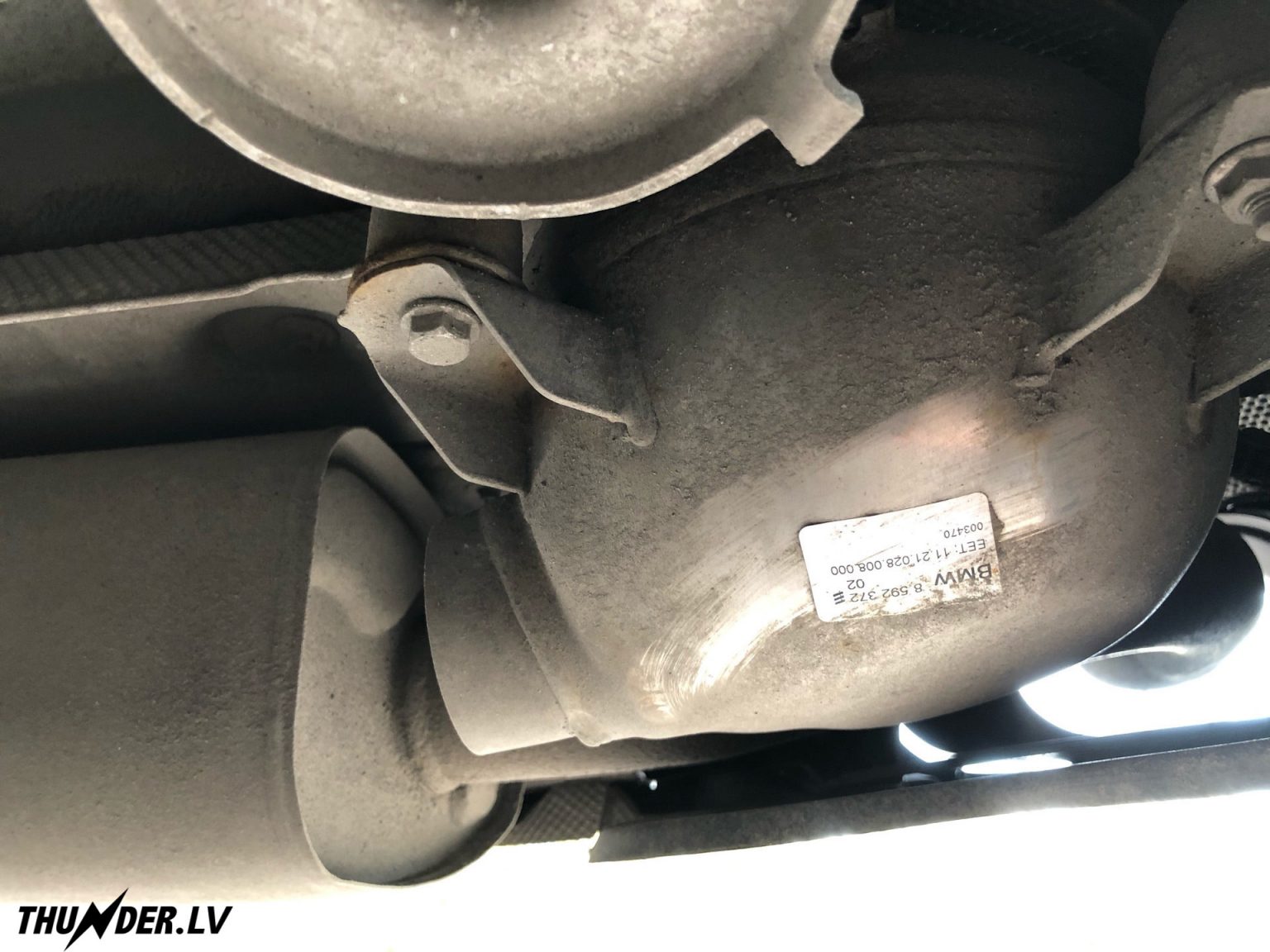 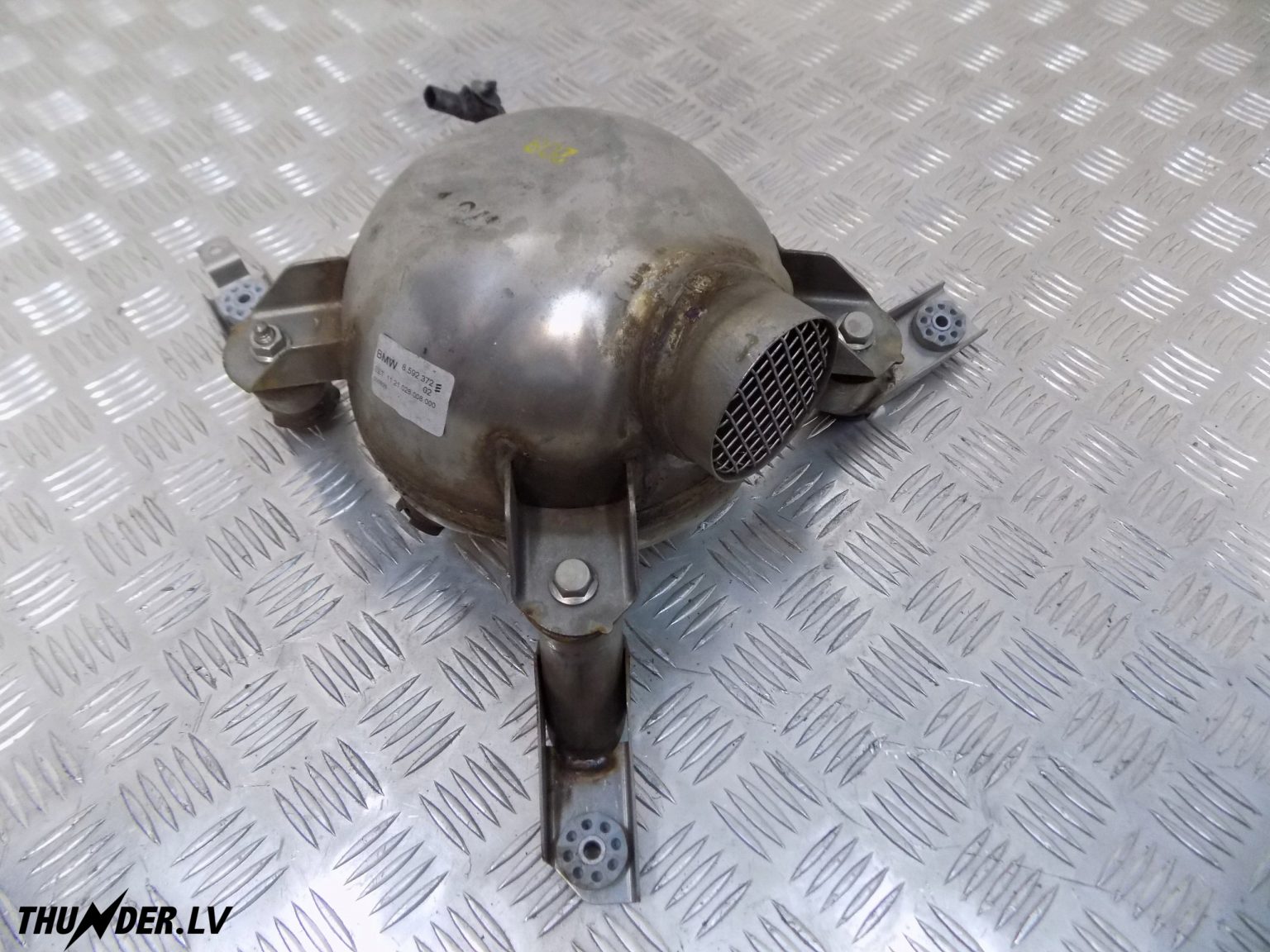 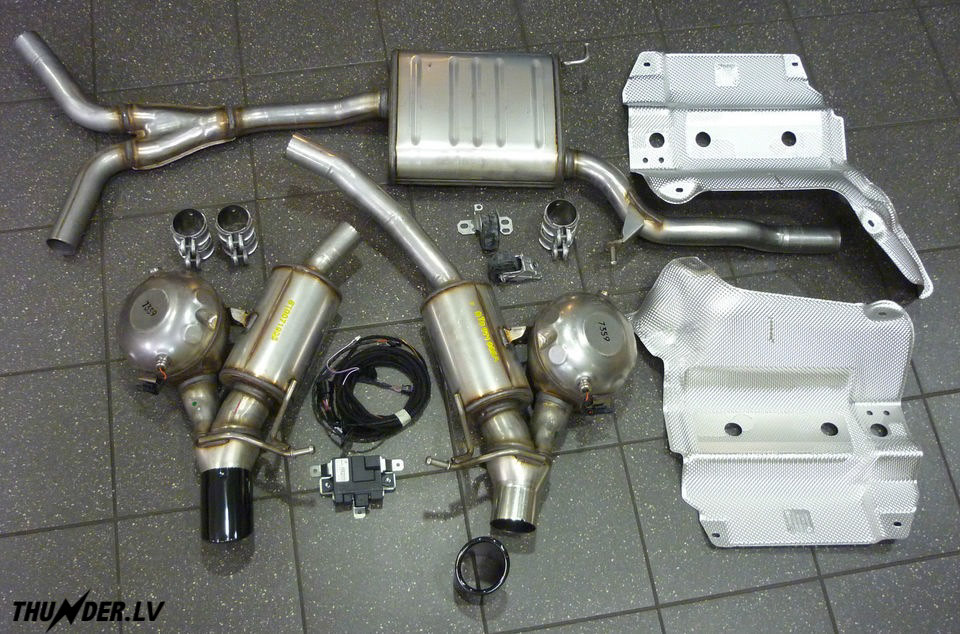 Installation of an active exhaust system is possible on vehicles equipped with a CAN bus, which has been installed on the vast majority of cars since the mid-2000s.

One or two sound generators are installed at the rear of the vehicle, as close as possible to the end of the exhaust system. The generator completely simulates the low-frequency sound (roar) of the motor, which is close, even perceptible by the body. The control computer is connected to the vehicle’s CAN bus in order to receive a signal with information about the engine speed. Further, the signal is processed and fed through an amplifier to a sound generator that simulates the operation of a “thoroughbred” gasoline sports car. The sound generator can be either one for a car, or two for a crossover, jeep.

Then, through a free app on both Apple and Android phones, the exhaust sound is controlled via a Bluetooth wireless connection.

When the electronic exhaust system is activated, the car owner will definitely always be able to appear and leave very effectively, leaving a loud and unforgettable impression about himself, which will be talked about for a long time and wondered about the engine displacement and its power.

In addition, the electronic sound generator will be useful for installation in hybrid and electric vehicles. Firstly, according to the EU directive of July 1, 2019, all electric vehicles must be equipped with an acoustic warning system when driving and make a sound when driving both in reverse and forward – up to a speed of 20 km / h. The sound should be similar to that of a standard combustion engine so that pedestrians, especially visually impaired pedestrians, can hear approaching vehicles. Secondly, many car owners of hybrid and electric cars, who have enjoyed a lot of silence, are nevertheless sometimes drawn to spectacular acceleration, not only visual, but also clearly perceptible by ear.

Inside the Thunder sound generator, there is a speaker made of carbon, using a similar technology to that in the production of Eberspacher, in contrast to similar active exhaust systems Thor and iXsound, which use simple household sound speakers made of paper, which are extremely short-lived and subject to destruction from the external environment. 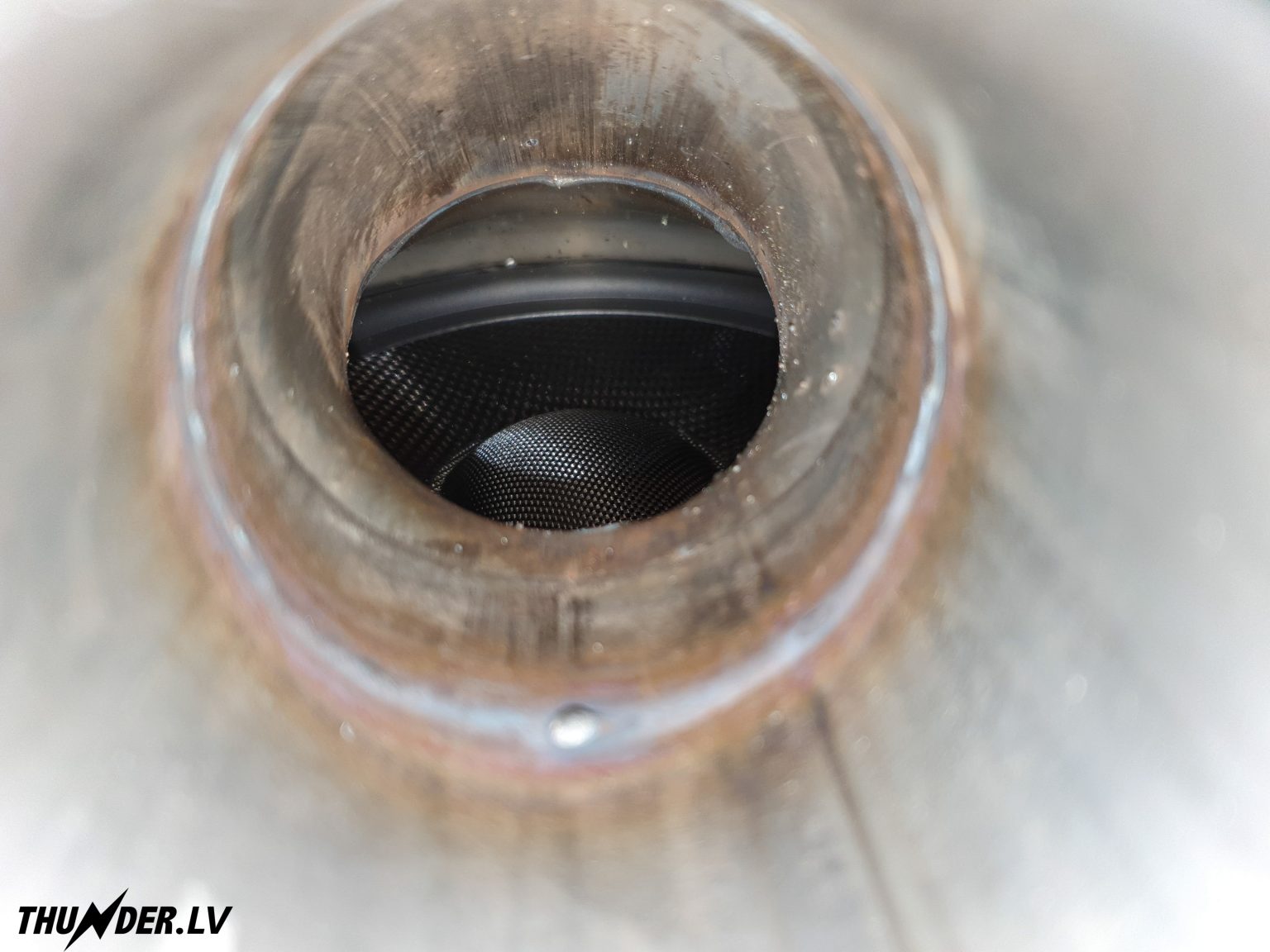 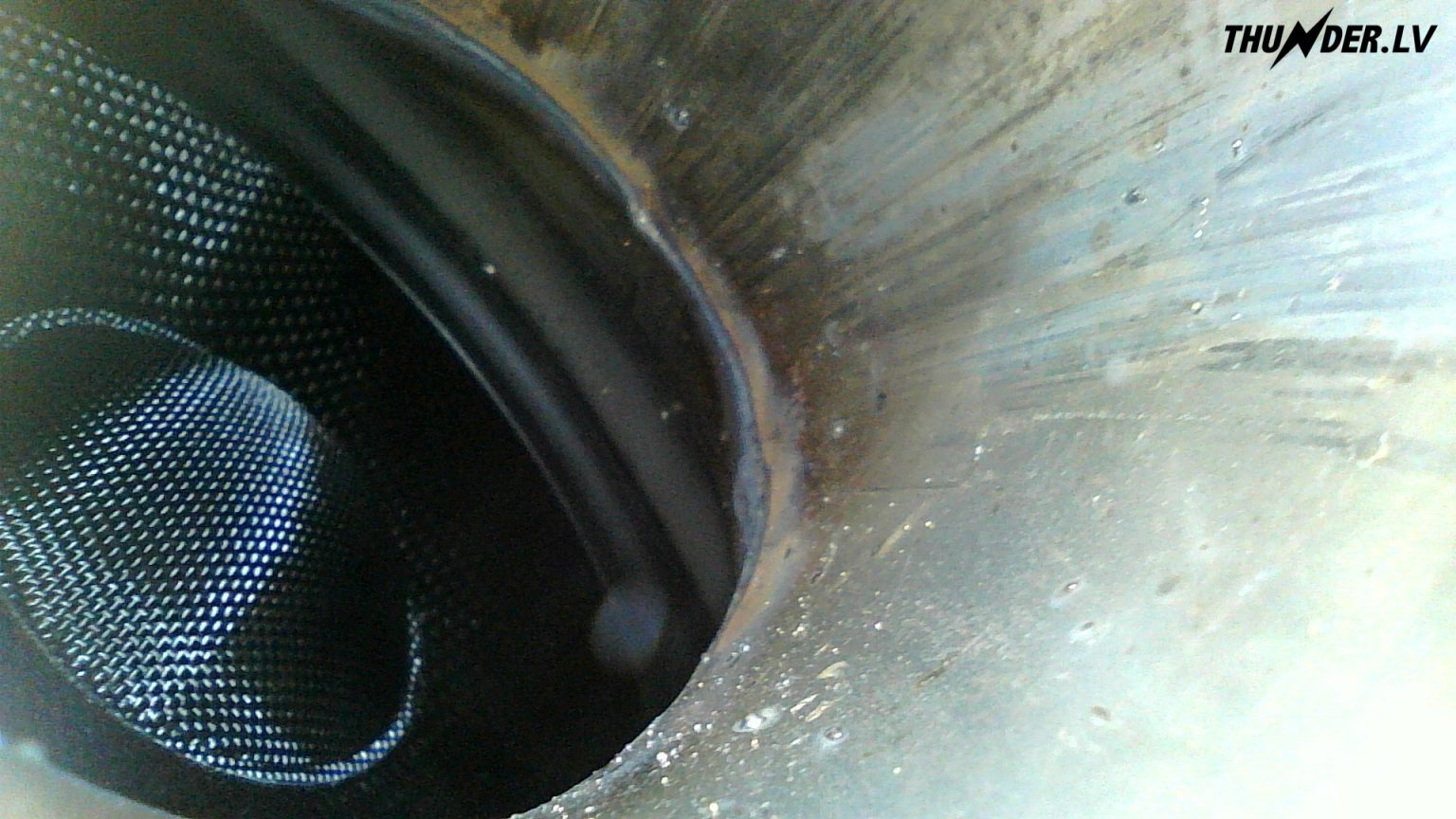 In addition, unlike the above systems, where the body is welded, the Tunder sound generators are repairable – their body is demountable.

Despite the fact that the manufacturer of sound generators for cars of the VAG group and BMW is one company, they differ fundamentally in terms of installation. For VAG, their output is connected to the main engine exhaust, which eventually, sometimes already after 3-4 years, leads to system failure, since exhaust gases, especially from gasoline cars, destroy the dynamics.

In BMW, the sound generators are installed independently of the main exhaust system. A net is installed at the outlet of the generators to prevent the introduction of small rodents. 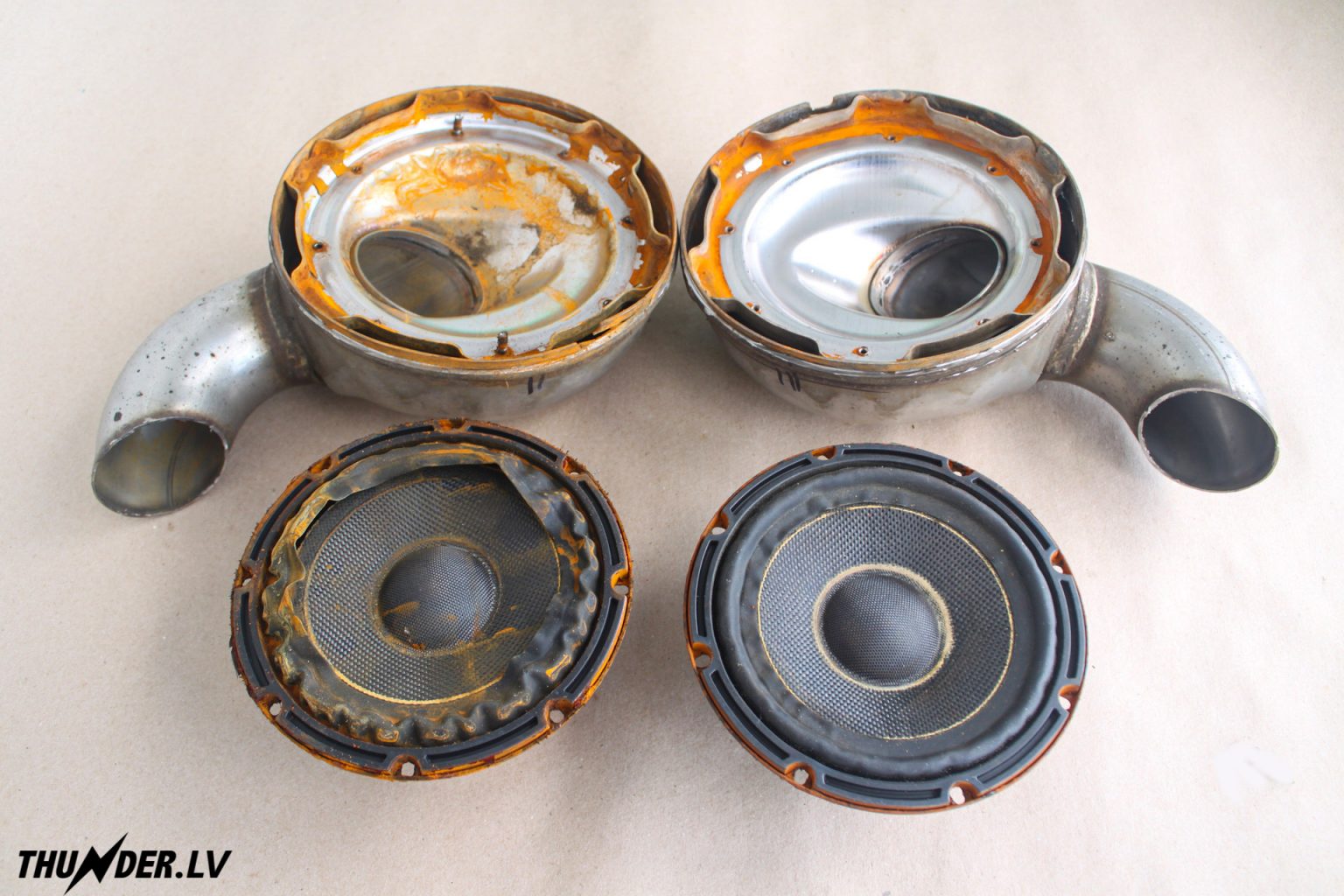 This site uses cookies to improve the user experience and optimize its performance. By continuing to use this site, you agree to the use of cookies on www.thunder.lv. By clicking "Accept All", you agree to the use of ALL cookies. However, you can visit the Cookie Settings section to provide controlled consent.
Cookie SettingsAccept all
Manage consent

This site uses cookies to improve the user experience and optimize its performance. By continuing to use this site, you agree to the use of cookies on www.hidplanet.lv.
SAVE & ACCEPT